I weigh – Jameela Jamil, Body Positivity & the Future of #MeToo

“The more legal and material hindrances women have broken through, the more strictly…images of female beauty have come to weigh upon us…women breached the power structure; meanwhile, eating disorders rose exponentially…thirty-three thousand American women told researchers that they would rather lose ten to fifteen pounds than achieve any other goal…more women have more money and power and scope and legal recognition…but in terms of how we feel about ourselves physically, we may actually be worse off than our unliberated grandmothers”.

The bestselling book ‘The Beauty Myth’ released in 1990 was labeled a compulsory read for every modern woman, and for good reason. It powerfully dissected new modes of social control exploring how women were increasingly governed by societies prescribed definitions of flawless ‘beauty’ – trapped striving for perfection. In our increasingly interconnected world, social media, Photoshop, and the endless supply of Instagram filters govern our reality. We are bombarded daily with images of the ‘ideal woman’ – in advertisements, magazines, TV, online – they are impossible to ignore. I believe that almost 20 years on from the release of this text, women are still held up to unrealistic standards of beauty, I would go as far to say that now more than ever we are having to prove our worth beyond our looks.

Movements like #MeToo and Times Up have taken the world by storm in the last year. Despite much criticism on the future of these campaigns, I believe that we have seen tremendous progress. Some try to argue that they are simply just fragile moments, symptomatic of “political correctness gone mad”. Or even that it is only those in Hollywood who have reaped the benefits. I disagree. I think that there has in fact been a Domino effect. No matter how fleeting these movements for justice may appear, they have encouraged women of all ages and backgrounds to take a stand.

One inspirational lady that is at the forefront of this is Jameela Jamil. You will probably know her best as former Radio one DJ, TV host and more recently actress, model, and body-positive activist. I have been inspired by her brutally honest and refreshing presence online, as well as her outlook on contemporary feminist struggles. Her recent Channel 4 Interview rapidly went viral as she critiqued celebrities like the Kardashian sisters for their role (she has clarified that this is likely subconscious) as double agents of the patriarchy. She called their behavior online a “terrible and toxic influence”. She uses her platform consistently to raise awareness of the damaging effects of diet and weight-loss culture, airbrushing and just generally how as women our worth is determined by our appearance first before our intelligence and passions. For her, this is just the beginning. She firmly believes that the increased success and presence of Body Positive activism is intrinsically linked to our current #MeToo climate of which she says:

In response to an Instagram picture which ridiculously labels Kim Kardashian and her family in weight (kg), she created a page titled ‘I Weigh’ as a direct response against valuing women in terms of their body weight, size, and shape. She says – “Enjoy your looks, and your clothes and your sex appeal, but don’t make it your number-one concern and selling point”. The page has had tremendous success gaining 200 thousand followers. Celebrities like Kirsten Bell, Alesha Dixon, Emmy Rossum and Laura Whitmore have joined in too. If you haven’t seen it yet then seriously stop what you are doing and head straight there now,

Jameela’s punchy style won’t be silenced without a fight, and it is an incredible breath of fresh air, however her outspokenness is not without its critics. Her choice to direct anger at other women who she feels propagate these problems hasn’t sat well with all young feminists. Whilst very few people arguing for equality amongst the sexes disagree with her points, it is her delivery that has caused many problems. She’s frustrated and vocal and has absolutely no room for women who support the patriarchy. However, much like the feisty approach of Germaine Greer, this intolerance for women has often at times left other women feeling conflicted. It is the age-old dilemma of striking an ideological balance between two absolutes – the ultra-feminine ideal and the radical feminist approach. How do we find a happy medium? Is there one? Should we not criticise the actions of other women just because they are women? Shouldn’t we be holding each other accountable? I think so.

A definite solution is not clear. Regardless, there is one thing that has become immensely obvious in recent years. Women and millennial women in particular, reject the concept of being one homogeneous pact. We place supporting each other as the keystone of sisterhood. Perhaps now more than ever, millennial women will still refuse any misogynistic attacks on other women. Even in the case of the Kardashian’s, who arguably have obstructed progress, many women refuse to accept criticism. Female solidarity in this day and age does not create a safe space for casually attacking other women no matter the woman.

Thank you for reading City girls. As promised we are increasing our social and cultural commentary, so we hope that today’s piece has at least provided some interesting debate. If you enjoyed our discussion then please do share your reviews with us over here in the comments or on Instagram or Facebook, We want to keep bringing exciting and engaging content to the table so your opinion helps.

If you want to hear more insightful commentary from us, check our last post on social media championing diversity! 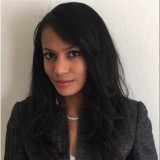